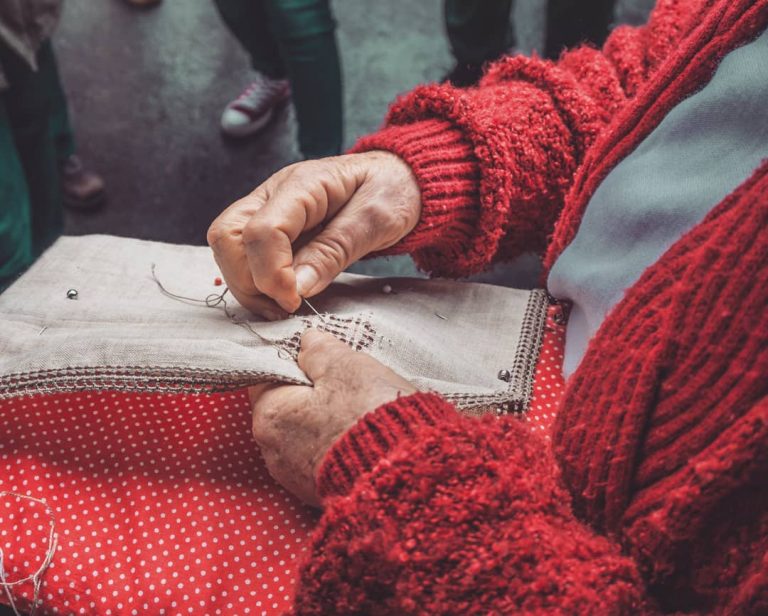 Lefkara is the homeland of the island’s traditional embroidery, the Cypriot famous lace which is called “lefkaritiko”. Its reputation skidded from the boundaries of Cyprus and became known in most countries of Europe and not only.

In the late 19th century and early 20th an important period begins for Lefkara village. The local women who dealt with embroidery discovered that besides preparing the dowry of their daughters and the gasket of their homes, this was a lucrative source of wealth. The trade of embroidery gave a considerable impetus to the development of embroidery. Due to its great demand a lot of local women were induced to get involved with embroidery so it rapidly became a serious economic source for each family in the village. It also contributes decisively to the economic independence of women.

The “lefkaritiko” lace embroidery has finally reached, as a work of art, at its highest point during the period 1920-1930, when according to experts, could be counted as one amongst the best artwork of the world.